On the 1st of September 2018, I began my duties in the United Kingdom. This is both an excitement and an honour for me.

Firstly, I would like to express my pleasure of coming together with you one more time since being appointed to London as the first woman Consul General of our country between the years 1998 to 2001, and later on in 2012 to 2016 as the Ambassador. Moreover, I would like to remind all our valuable citizens that our Representative Office is always open for you, with the purpose of providing the best possible services.

The Representative Office is operating in a country in which we are trying to develop existing strong historical ties. In addition to furthering the relationship between the two countries, we offer consular services to our citizens living abroad and also provide information regarding our country. With this sense of responsibility, my colleagues and I are maintaining its duties diligently to further develop relations with the FCO and Parliament.

We are proud of the individual successes of the Turkish Cypriots who are living here that include but are not limited to doctors, artists, accountants, businessmen and businesswomen since the 1950s. We are well aware of the importance of strengthening the solidarity within the esteemed members of the Turkish Cypriot community in order to transform individual successes to communal success. Accordingly, we give great importance to the activities held by Turkish Cypriot NGO’s and Turkish schools based here in the UK. For this purpose, with the contribution and participation of our valuable citizens living in the UK, the Representative Office is planning to organise various economic, cultural and social events that will make our country more visible and strengthen the interaction and dialogue within the Turkish Cypriot community. The duties of the London Representative Office, will continue and also increase due to the “Turkish Cypriots living abroad project”, which is being carried out by the government aimed at Turkish Cypriots living abroad and was launched in London on 19 July 2018, by the Deputy Prime Minister and Minister of Foreign Affairs Kudret Özersay. As known, the aim of the project is to strengthen the ties of Turkish Cypriots living abroad with our country while also, aiming to help those that have decided to settle to the TRNC, with bureaucratic facilitations and legal regulations.

I extend my best wishes and regards to you all. 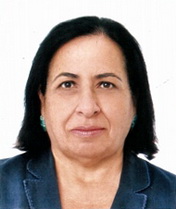